This article is an excerpt from our Sefer 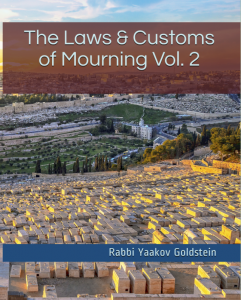 The prohibition of Doresh El Hameisim [i.e. Necromancy; Seance] and the allowance to visit graves:[1]

The Torah[2] prohibits a Jew from exhuming the spirit of the dead. This prohibition is listed as one of the 365 negative commands, and is active in all times and in all places.[3] Some Poskim[4] have understood that this prohibition includes a restriction against visiting graves and praying there, due to it being similar to the exhuming of the dead. Practically, however, the above prohibition was given an exact definition in the Talmud[5], Rishonim[6] and Poskim[7], and does not apply to visiting a grave, if one does not perform the further actions included in the definition of “Doreish El Hameisim.” One only transgresses the prohibition of Doreish El Hameisim if he fasts and sleeps in the cemetery [or does other actions[8]] for the sake of exhuming the soul of the dead and have the evil spirit dwell upon him [or appear to him in a dream and speak to him[9]].[10] Likewise, one only transgresses the prohibition if he speaks to the body of the dead, and not the soul.[11] Likewise, one only transgresses if he does one of the above listed impure actions for the sake of exhuming the soul and speaking to it, however, it is permitted to use the names of Hashem, and other pure means to get the soul to speak with him.[12] Certainly if the soul comes and speaks to him without any action, no transgression has been done.[13] Practically, due to all the above reasons, visiting the grave of a relative or Tzaddik does not touch upon this prohibition at all, as one has no intent to have the soul speak to him, and one is doing no action in preparation for this, and thus the Halachic ruling and widespread custom is to permit visiting gravesites.[14] [However, to perform various ceremonies of seance and necromancy for the sake of talking to the soul of the dead is certainly forbidden.[15]]

[4] Teshuvas Maharam Baruch [Rav Chaim Paltiel] 164, brought in Shach Y.D. 179:13 and Bach 217:51, that “Those who make a vow to visit the cemetery, it slightly seems like Doresh El Hameisim, as the allowance of Kaleiv was because it was a holy place of the Avos and he wanted his prayers to be heard. Likewise, we find a source for visiting a grave to ask for forgiveness. However, those women and people who don’t know this. I do not know why they visit, and I am accustomed to refrain them from doing so”; See M”A 559:11 in name of Arizal that one should only go for the Levayah, especially if one is a Baal Keri, implying that one should avoid visiting graves; Directive of Gr”a to his family, brought in Mishmeres Shalom Hei 31, that they should never visit cemeteries at all due to the abundance of Kelipos found there. This applies especially to women, and all the tragedies come due to this. Gesher Hachaim 29:8 that so is the custom of many not to visit graves; Custom of Brisk and Chazon Ish and Steipler; See Nitei Gavriel 82:7 footnote 15]

[8] See Rambam Avodas Koachavim 11:13 [brought in Beis Yosef 179:14] “And other people wear special garments, and say special chants, and offer incense and sleep there alone, in order so the soul of the dead come and speak to him in a dream. The general rule is that whoever does any action for the sake of having the soul of the dead come inform him of things, receives lashes.”;

[9] Rambam Avodas Koachavim 11:13; See Gittin 56b that Unkelus the Ger, prior to his conversion, exhumed the souls of his uncle Titus, Balaam, and Oso Ish, and questioned them as to how the Jewish people are viewed up on high, and whether they suggest him to convert.

[10] Michaber Y.D. 179:13; Tur 179; Rambam Avodas Koachavim 11:13 [However, there he writes “In order so the spirit of the dead visit him in a dream and answer his questions, as stated above]; Sanhedrin 65b; See Gemara ibid and Poskim ibid there that other forms of necromancy which are defined as Ov or Yidoni and not Doresh El Hameisim. However, see Bach 179 in name of Semag Lavin 56 that he also transgresses Doreish El Hameisim by these other forms, in addition to the Ov and Yidoni transgression

[11] See Rama 179:14 “And some Poskim rule that it is permitted to make the soul of the deceased swear to appear to him to answer his questions and the prohibition is only on swearing the body.”; Darkei Moshe 179:5 in negation of Beis Yosef; Hagahos Maimanis on Rambam ibid letter 8 in name of Yireim 334-335 in explanation of  Maaseh Deshmuel and Ruchos Misapros brought in Brachos 18b regarding how Shmuel [the Amora] talked to the soul of a deceased father; Shibbuleiy Haleket 10, brought in Bircheiy Yosef 179; Shach 179:16 in name of Levush in defense of Rama and Yireim that according to Kabalah there is a difference between the body and its soul, versus the actual soul; Birkeiy Yosef 179 seems to defend the opinion of the Yireim against the arguments of the Michaber; See Zohar Acharei Mos p. 71b that Doreish Eol Hameisim does not apply to the Jewish people and Tzadikim as they are still alive in Gan Eden

The reason: As the Torah only prohibits talking to the dead, and the soul is not dead. [See Beis Yosef ibid]

Other opinions: Some Poskim rule it is forbidden to talk even to the soul of the deceased, alone, without the body. [Michaber 179:14; See Beis Yosef 179 in length in negation of Yireim ibid and his proofs, however see Darkei Moshe ibid, Shach ibid and Birkeiy Yosef ibid for arguments against his negations]

[12] Explanation of Beis Yosef 179:14 to Maaseh Deshmuel and Ruchos Misapros “The case of Shmuel [the Amora] was done while he was awake and through Hashem’s names.. If one does no action and simply mentions names which causes the spirits to come and talk to him while awake its possible it is not forbidden due to Doresh El Hameisim”; See Perisha 179:23 that it is only forbidden when done with intent for the evil spirit to reside on him. However, if he does the actions with intent to simply hear the speech of the souls, then it is permitted; See Zohar Acharei Mos p. 71b that Doreish Eol Hameisim only applies when one does so with sorcery, as do the gentiles

Other opinions: Some Poskim rule that it is forbidden due to Doresh El Hameisim to do anything to bring souls of the dead to speak to him, even if the above actions of fasting and sleeping in the cemetery were not done. [Implication of Rama in Darkei Moshe 179:4; Implication of Rabbeinu Yerucham Nesiv 17:5, as understood by Beis Yosef and Darkei Moshe ibid, regarding swearing a dead person to come appear. The Beis Yosef ibid learns from this ruling of Rabbeinu Yerucham, that it negates his previous suggestion brought above; Practically, the Rama ibid does not rule like Rabbeinu Yerucham, although this is because he holds it is permitted to speak to the soul of the dead, in contrast to the body, however to do any action to speak to the body, including using names, would be forbidden according to the Rama. So is understood from Darkei Moshe 179:4]

[14] Shach Y.D. 179:15 in name of Y.D. Bach 217 “The Jewish people have already held on to this custom, and there is no prohibition”; Bach ibid states [after bringing the Maharam Ben Baruch who prohibits grave visiting] “The Jewish people have already held on to this custom, and there is no one who protests , and it has a source in the Zohar, to Daven by the grave of one’s forefathers to be saved from punishment in their merit, and there is already a  Seder Tefila printed for those who visit the graves of their forefathers, and no Rav should make people abstain and nullify this custom”; Sotah 34b regarding Kalev; Taanis 16a; Zohar Terumah p. 141b; Achareiy Mos p. 70; Michaber 344:20 based on Tur and Rav Haiy Gaon who mentions visitations of the grave of Chacham, Aluf, Vegaon at different periods within the first year; Rama 581:4 regarding visiting Kivrei Tzadikim on Erev Rosh Hashanah; M”A 581:16 “That one is to be Mishtateiach on Kivrei Tzaddikim”; Drashos Maharil; M”A 696:5 regarding Shiva that some are accustomed to do so for all deceased relatives at different periods of the year, such as the end of Shiva; Sefer Chassidim 450 “The deceased receive benefit when their loved ones visit their graves and request that their souls be given benefit, and indeed up on high they do give the soul benefit as a result.” Mavor Yabok Sifsei Rinanos 23; Gilyon Maharsha 179:15; Elya Raba 581:39; Levush 579; Peri Megadim 581:16; Machatzis Hashekel 581:16; M”E 581:50; Kitzur SHU”A 128:13; M”B 581:27; Kaf Hachaim 581:95 and 98; Minchas Elazar 1:68 [brings many proofs from Midrashim; Talmud; Zohar]; Alef Hamagen 581:113; Minchas Yitzchak 8:53; Piskeiy Teshuvos 581:21; Maharam Shick 293 for a list of opinions on this matter;

[15] Certainly this applies accoridng to the Michaber ibid and other Poskim who negate the difference between talking to the soul versus the body, and possibly this applies even according to the Rama who accepts this difference, as one is nevertheless doing impure actions that are meant to arouse the soul, and the various ceremonies do not differnetaite between talking to its soul versus body.